End of market Thursday, Coinsecure an Indian cryptocurrency exchange, made an announcement on its website confirming that its platform had been breached and 438 bitcoins were stolen.

Here is a picture of the announcement made on their website: 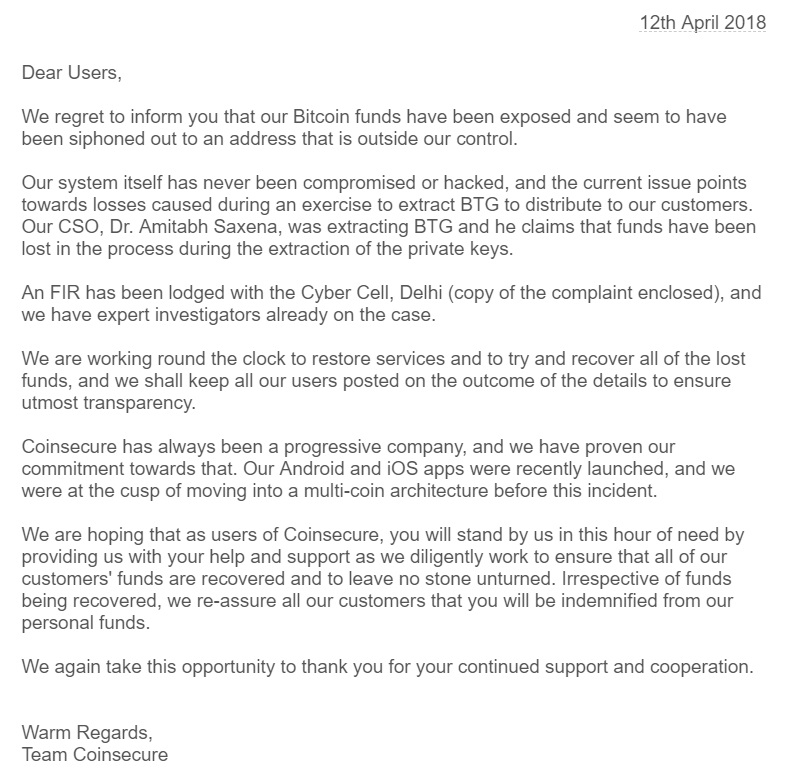 The CEO of the exchange, Mohit Kalra, accused his CSO of having propagating the breach and stealing the coins from their customers. An FIR has been lodged against him under the Pitampura District’s jurisdiction. In the FIR Kalra states that his CSO, Dr Amitabh Saxena, informed him of the theft and said that it happened because of some sort of attack. The FIR goes on to state that ‘we feel that he is making a false story to divert attention’ and ‘he may fly out of the country soon’.

Here is a picture of the said FIR that is displayed on Coinsecure’s homepage: 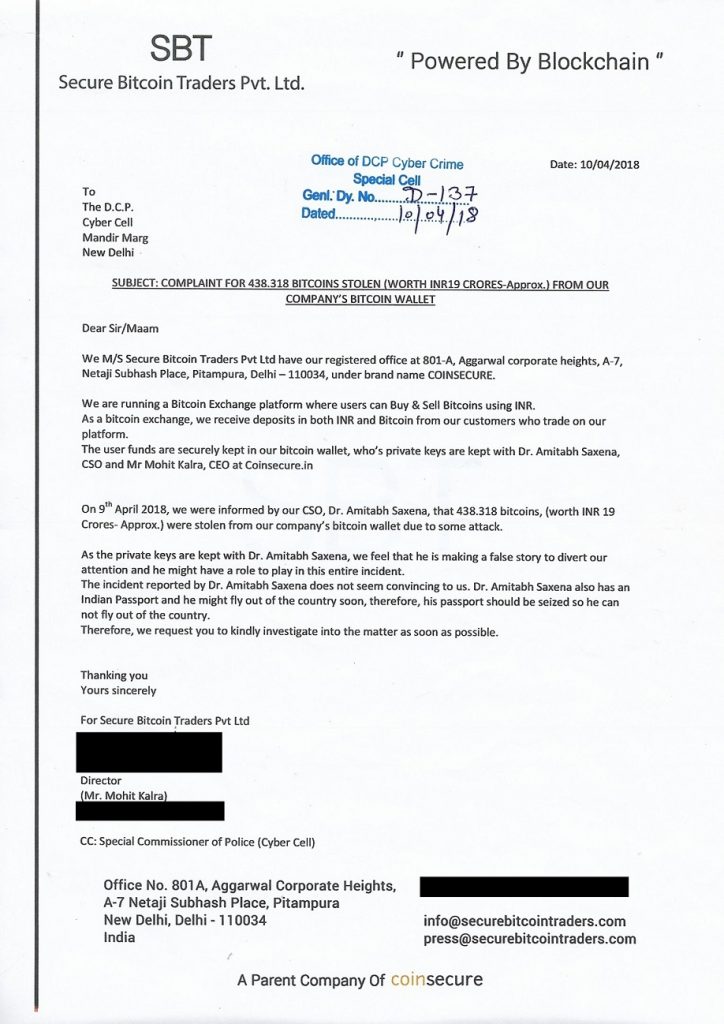 This breach comes only a week after the RBI issued new policies regarding the use of cryptocurrencies. The Reserve Bank has ordered all companies, banks and businesses registered with them to permanently terminate all dealings with cryptocurrencies and accounts that deal with them within three months. While there was a lot of speculation around whether India is banning cryptocurrencies, on closer inspection it has become clearer that the announcement is, for the most parts, a re-iteration of what is already in place.

The allegations against the CSO of Coinsecure, at this point, are merely speculative and require further investigation into matters before any legal course of action can be taken against Dr Amitabh Saxena. The officials at Coinsecure are assuring that everything and more is being done to get back the 438 bitcoins, which today is worth close to $33 million USD. Officials are also reassuring customers that they, along with their teams, are working around the clock to begin trading on the exchange again.