It suddenly feels like blockchain is everywhere, and the sectors of media and advertising have not been an exception to this rage. With new innovations piping in every second, it is hardly a surprise that the problems related to advertising are now being tackled by the wonder of the 21st century – blockchain.

Two simple Ethereum based solutions – Basic Attention Token (BAT) and adToken, aim to seamlessly integrate pre-existing industry standards for providing advertising solutions. BAT is the token for the Brave browser (the same that made $35 Million under 30 seconds) while adToken is the functionality base for adChain.

As the adChain website states, “The digital advertising supply chain is a littered landscape filled with problems and unscrupulous characteristics. BOT Traffic, Maladvertisements, Trackers, Spoofed Domains, Lac of Coordination and Systemic Fraud constitute merely a fraction of the overarching dilemmas the industry faces.”

“Since publishers and vendors in the supply chain are paid by the amount of impressions they serve to advertisers, there is a rational incentive for publishers to artificially inflate the number of impressions in their supply. Advertisers employ safety vendors to try and detect bot traffic. But it’s a cat and mouse game where first mover advantage favors the bot traffic vendors. And as bot traffic becomes more sophisticated and publishers get more cunning in their tactics to over-report CPMs, advertising budgets across the whole ecosystem are suffering losses.” 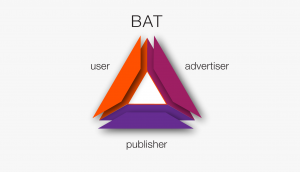 According to the data available on the BAT website,

· Up to 50% of the average user’s mobile data is for ads and trackers, costing as much as $23 a month.
· Ads use about 5 seconds of mobile load time on average.
· Ads decrease phone battery life by as much as 21%.
· Privacy is violated when large media sites host up to 70 trackers.
· Malware (malvertisements, ransom-ware) is up 132% in one year.

Finding digital advertising in this state of peril, the adChain registry proposes a solution to start adTokens with the purpose of maintaining and storing a record of publisher domain names accredited as not-fraudulent by adToken holders on the adChain. 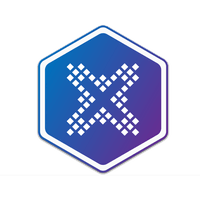 hain aims to start a virtuous cycle between publishers, advertisers, and adToken holders. As long as the adChain Registry is kept clean of fraudulent publisher domains then it has value for advertisers. Advertisers want to spend their ad budgets with publishers that are non-fraudulent. The adChain Registry functions as the worlds first decentralized whitelist for digital advertising and the cycle keeps on moving forward.

On a similar keynote, the developers of BAT acknowledge that the main idea behind starting the Brave Browser and launching the Basic Attention Token is to allow publishers, advertisers and users to connect in a “more efficient, transparent and decentralized marketplace that reduces fraud, privacy violations, and maladvertisements all while increasing publisher revenue.”

This makes Basic Attention Token (BAT) a blockchain-based digital advertising platform based on Ethereum smart contracts where the tokens will be exchanged in a secure, private, and anonymous advertising system based on the Brave browser and its mobile application.

As quoted in an article on cryptoinsider, “We look forward to developing the BAT to its fullest extent to enable a new blockchain-based digital advertising platform,” reads the terse official announcement of the successful completion of the BAT ICO. “Publishers, advertisers, and users all stand to benefit from a user-centric platform that supports web content. Some of this functionality is already prototyped in the Brave browser, using Bitcoin and allowing users to opt-in to automated micro-donations to websites and account owners.”

This upstart web browser Brave has been founded by Mozilla co-founder Brendan Eich aims at building a digital ad service around the token that cuts out third parties so that users pay BAT to publishers based on how long they browse and read a page. Brave itself will take a cut of these earnings. The Brave browser anonymously monitors user attention, then rewards publishers accordingly with BATs.

Where Brave is focusing on its next major challenge – user and publisher adoption, adChain’s future vision is to become an open ecosystem for DAPPs and ingenuity. It will lead to a rich ecosystem-enabling environment for advertisers and publishers to openly coordinate advertising campaigns with one another via a suite of customizable dApps.

At the moment, there are other moves in the ad world as well. Two weeks ago, Nasdaq announced that it was going to launch later this year the New York Interactive Advertising Exchange, which will let inventory be sold using blockchain technology. It uses blockchain in a different way: Smart contracts, which let you facilitate exchanges and when used on the blockchain, will let certain contracts execute automatically, as long as conditions are met and MadHive, an ad-tech company, is now developing blockchain technology for OTT television in an effort to stay ahead of Google and Facebook, as mentioned in an article on digiday.

We at ItsBlockchain understand that establishing transparency and trust requires time and a central and secure way to record, review and execute a deal. Today, deals are typically being stored in formats and locations that are disparate and nonstandard – giving way to major trust issues. So, initially creating standards and enabling collaborations are essential steps on this while treading on this path.

Obviously, this blockchain transformation will not happen immediately. Nor will the middlemen be eliminated entirely, for at least as long as middlemen provide services around the new transactional trust. Agencies that help clients plan and trade strategically might thrive in this world. Nevertheless, the blockchain revolution forces us to confront a new development.

In this article, we will deep dive into DeFI Ecosystem on Tezos, and I will share Top 5 Projects Building...

(In this Guide, We've explained Ethereum Rollups, How they can scale Ethereum, and their different types.) https://www.youtube.com/watch?v=QWxnzr6eNm4 ROLLUPS EXPLAINED Ethereum...