Bitcoin Got Painted – Intro to Coloredcoins 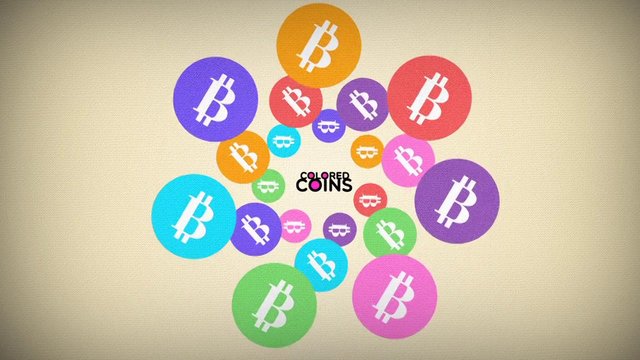 Bitcoin is a peer to peer payment protocol which promise to solve the problem of cross boarder remittance and few other financial process problems. Bitcoin Payment is cheap and fast as compare to other options available and It fits in the best for cross border remittance solution. If someone who is working in US wants to send fiat currency to his home, He can send bitcoins instead of sending fiat currency to save cost and time in the transfer. For doing the bitcoin transfer, First he needs to convert the fiat currency into bitcoins through a local exchange, They charge around 0.1-0.2%.Once he converts into Bitcoins, He can send it destination using his wallet, Here transaction fees which is minimum will be charged by the network. For withdrawal of the funds, The receiver who received payment in Bitcoins, Need to convert them into local currency through exchange, Again they charge around 0.1-0.2%. The cost is very minimum but There is a cost involved. Likewise, For sending any physical asset they need be converted into bitcoins with a said transaction fees charged by Exchanges.

Colored coins could be the solution for removing these added costs found from exchanging between dollars and bitcoins or African shillings and bitcoins.

This project is basically a way to take advantage of the Bitcoin distributed ledger rather than the bitcoin currency. When you “color” an individual bitcoin, it can be used to represent any kind of tangible property in the real world. bank could take some of their U.S. dollar reserves and claim that some bitcoins that they own are now redeemable for dollars at all of their branches across the country. Although they still have the issue of counterparty risk, the dollars represented by those colored bitcoins can now be moved around in a frictionless manner.

ColoredCoins brings a logical layer on top of bitcoin protocol, where we can assign a color code to any physical assests. Colored coin is a colored representation of any physical or digital assest on bitcoin protocol.
Coloredcoins enables user to issue shares,bonds,funds,currency and diversify into different colored digital assets on top of bitcoin layer.

For example: Lets say I have 3 Btc in my account and I need to allocate 20% fund for my house rent, 30% for my EMI, 25% for donation and 25% for Travel. With colored coin enabled wallet I can issue four digital assets and give them color code. Lets say I have issued House rent as a yellow coin, Donation as a Red Coin, Travel as a purple coin and Emi as a black coin. It provides me a better view of my asset holding, which brings a sophistication and now its easy for me to manage my hash assigned digital assests which is colorful too.

Check out their whitepaper for moreinformation

How to get invested early in 100X Crypto Projects In this article, I will talk about why knowledge matters in...