by Hitesh Malviya
in fintech, General
0 0
0

Transition from the year 2015 to 2016 saw a sea change in the interest of investors from Bitcoin to its underlying technology- the Distributed Ledger Technology or the Blockchain technology. As the year progressed, blockchain became the predominant buzzword of 2016. Though the technology has been around since 2008, its widespread potential is clear now. 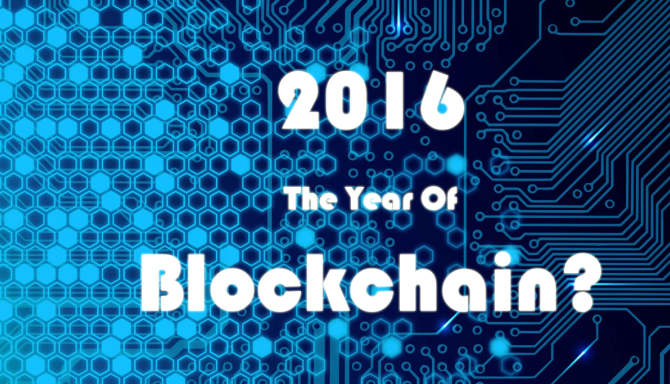 Blockchain has enabled several sectors to carry out a fundamentally new way of conducting digital transactions. The conformation of this technology has put an end to the role of middlemen and enabled entrusted and secure transactions with relatively lowered friction.

The blockchain technology finds application in areas ranging from banking and insurance industries to media and law and government services. It comes with a potential to positively transfigure trading, payment infrastructures, contracts, identity management, data storage and other services.

2016 witnessed emergence of competitive enterprise protocol (the Chain Protocol, Intel’s Sawtooth Protocol, Corda from R3, and the IBM Blockchain to name a few). These protocols ranges from being extremely customized to being an open-source generalized platform. The reason of sudden springing up of these protocols was to make space for Blockchain technology to create wonders in companies offering other platform, application and infrastructure products.

There has been an evident increase in interest of implementing blockchain in healthcare, insurance, supply chain technology and IoT. Not just the private firms, most governmental authorities have paved way for implementing this new technology, glorifying its potential, highlighting its risks and figuring out how to regulate its usage.  Governments are starting off with e-voting system, registration and management of assets and identification or authentication processes.

However, in countries like Dubai or Australia, where blockchain technology has already gathered pace, the government authorities have broadened scope.  For instance, Australians have started using blockchain for funding and registration in the transport department or for specifying quality of products with respect to international standards. In Dubai, the real estate is flourishing fast after the blockchain technology has been injected into it. The ‘Dubai Future Accelerators Program’ (blockchain-based) is two-dimensional- it aims to develop a real estate database and seeks to create the “Internet of Loyalty Points, Promotions, and Rewards”-both these are done using Blockchain ledger. Singapore also uses this digital ledger technology for Inter-country inter-bank payments. There are loads of such examples.

Dialogues around the technology will shift dramatically in 2017 and companies will probably use the blockchain technology for connecting several services of IT sector.

The primary focus tends to shift from “why blockchain?” to “what new can we do blockchain?” Yes! You heard that right.

Since enthusiasts have already started drilling deep into blockchain, they will obviously find a diverse array of applications in the near future. We may see an increased interest in applications, smart modules, listening services and smart contracts. Companies, especially those who use blockchain in some way, are rising above the protocol administration which 2017 will see the emergence of more companies who focus on contracts, messaging and other feature-adds, either vertical-specific or for the blockchain developer ecosystem. And those who haven’t set out for blockchain might have sceptical views about it. But, gradual display of novel use-cases will surely lead to a far-flung ideation.

The underlying protocols, their governance, and the communities that develop them are the key to scaling the business applications and will continue to play a critical role in defining what is possible. But the conversation is gaining hype and entrepreneurs are all set to play with technology. Several layers of will slowly unveil and a new type of digital supply chain will be created, storing information as an asset.

The cryptocurrency market and the blockchain industry is an extremely exclusive space. The reasons for its exclusivity range from being...