Blockchain and internet combine for future

Blockchain Technology and Internet of Things are two words which would catch your attention no matter which part of the web you are navigating. And truly, the Hype is worth it. If the technology leaders would implement what they are planning successfully, then this would be the next step in the evolution of technology. 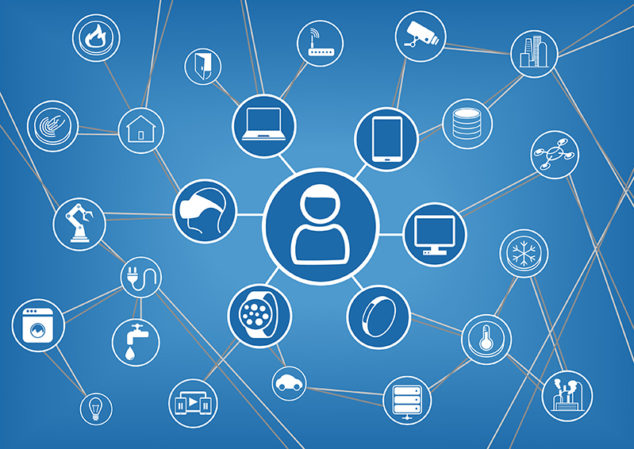 So, let’s first talk a little about Internet of Things (IoT). As the name suggest, IoT is the internet that would connect ‘things’ such as sensors, wearable devices, etc. The concept is much more vast than machine communications (M2M) and also includes the exchange of information between machine to people, people to the machine, people to objects and objects to people. When machines can exchange information autonomously, the efficiency and effectiveness of many operational processes increase many folds. This is particularly very useful in inventory management and lean manufacturing, which are a part of many industries.

However, many technology experts have raised concerns about the security of IoT. Nearly every system connected to the internet is hackable. Then does this makes all the devices connected with IoT hackable too. If someone can hack these devices and steal data, then the damage done to the related businesses would be enormous.

Blockchain To The Rescue!

And this is where Blockchain comes to the rescue of IoT. Blockchain Technology is known for the security features it provides. It is based on distributed ledger technology, in which all the computer in the network has a copy of database and information related to any transaction/change is encrypted and recorded in the form of a data ‘block’. These blocks have references to each other and are stacked in a manner which is unalterable.

Now, this discussion lead us to a very critical question, if blockchain would be applied to devices connected via IoT, would they be able to store and handle a huge amount of data. Since the Blockchain requires them to download the whole database copy, then they should have enough space to store them. But unfortunately, the small devices such as wearables, don’t have that much storage space.

Read More: What is Blockchain and How It Works? (https://www.sofocle.com/what-is-blockchain/)

To answer the concern mentioned above, a new concept of Holochain has been developed. Holochainuses DHT(Distributed Hash Table) technology which contacts all the nodes in the network and asks for the data which is requested by the Client node.Then, It collects a piece of data from different nodes and downloads it on the Client Node. Thus, each node doesn’t require to have a full copy of data. Another variant of Blockchain application is being developed which would form ‘block’ of data more frequently, compared to the present Blockchain technology that forms data block every 10 minutes. This is a crucial requirement since thousands of transaction happens in a second on IoT.

Read More: Why is Blockchain Technology in Banking a Boon? (http://www.iamwire.com/2017/04/blockchain-technology-banking/151438)

The rise in capital-efficient models and protocols made a heavy contribution to the parabolic growth in Defi. Decentralized exchanges and...

2022 is knocking at the door, and the hype around cryptocurrencies, blockchain, and NFTs is at its peak. While the...

Magic Internet Money and The DeFi Wonderland are proof that DeFi 2.0 is the next big trend in crypto

A new wave of Defi 2.0 is here. Mass investors and Defi enthusiasts are slowly gravitating towards high yield staking...

DAOs like YGG & Merit Circle are building the biggest Play to Earn Economy: here’s why you should pay attention

After scoping the overall crypto market, it is clear that play-to-earn gaming is the hottest sector. By leveraging the power...

5ireChain: a 5th generation blockchain to lead the next Industrial Revolution

No one can deny the fact that blockchain technology facilitated the creation of some of the biggest assets and products...

Stake your NFTs, and earn rewards on NFTx

How a School Graduate From Indonesia Made Fortunes Selling NFT Selfies