Why you should pay attention to APPCOINS (APPC)

Mobile applications and platforms have been part of our lives for a while now. There are multiple stores and places to download and use them which are quite intuitive and user-friendly. With the rise of adoption for blockchain technology, another wave of applications is being developed and built with blockchain functionalities and use-cases.

But the cryptocurrency market and the blockchain industry has come up with a blockchain alternative for the same. Instead of using fiat currencies and linking bank accounts to the application, there is a company called AppCoins that has developed a token called APPC for just this reason; in-app purchases. But there is more to AppCoins than just in-app purchases, let’s take a closer look.

The team at AppCoins, in their products, have pinpointed three stress point that the existing market economy has. Using these three stress points that the existing market has, it has created an application ecosystem and a subsequent community that focuses on bettering them. The underlying technology of this entire ecosystem is the blockchain and the team believes that the blockchain is the answer to the market ecosystem’s problems.

The three stress points that AppCoins has identified in the current market economy are;

To these three stress points, AppCoins has the answer and here is how the team intends to tackle this. 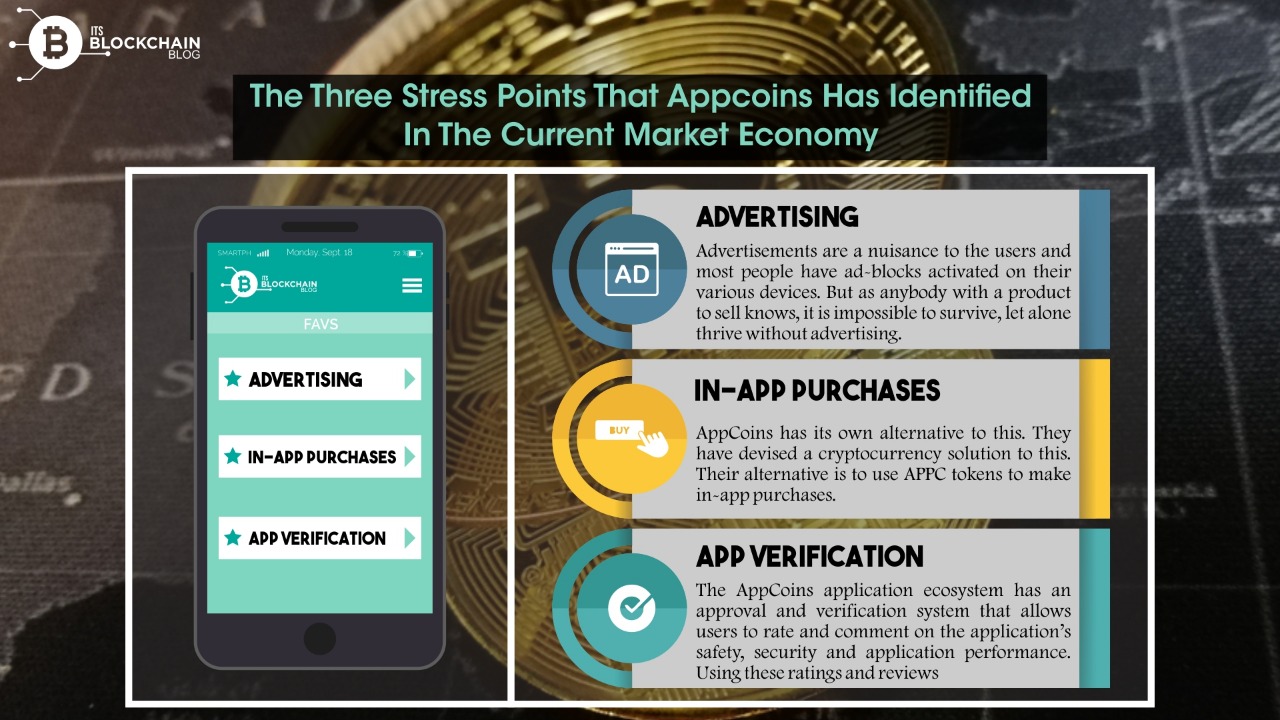 APPC is the AppCoin ecosystem’s native token. It is widely used in the AppCoin application ecosystem as a way to make in-app purchases, as a method of remuneration, etc. The APPC coin is the 341st largest coin by market capitalisation in the cryptocurrency market.

As far as trading history goes, the coin has only 11 months to go on. The coin hit the market at the beginning of the year (2018) and has done reasonably as well.

AppCoins is a protocol for the App Economy created by the Aptoide App Store, and APPC Token is currently serving over 200 million users. Thats a huge plus for APPC. It is one of the top 5 most used cryptocurrency in the ecosystem by users.

Good Read Why you should pay attention to MCO (Monaco Coin)

Avalanche (AVAX) Protocol – All you need to know

A dive into the Avalanche ecosystem, AVAX Token, the protocol's architecture, tokenomics and more. Overview  Avalanche (previously abbreviated as AVA)...

Blockchain's pervasive applicability has not spared travel either. The online travel industry is filled with intermediaries enforcing trust and handling...

Why you should pay attention to aion

The blockchain was introduced to the world through the cryptocurrency market. It was and continues to be the underlying technology...

The cryptocurrency market is a space in which users are introduced to new coins, tokens and investment opportunities every day....

Why you should pay attention to KIN

The cryptocurrency market and the blockchain industry is a space that is getting a lot of new found following and...