GPU and its role in mining cryptocurrencies

by Hitesh Malviya
in Technology
0 0
0

Mining has been the key to uncovering new bitcoin since 2009. Those looking to get into the crypto game have been trying to mine blockchains with the hopes of getting a reward for their work, verifying purchases and transactions. As the limit of bitcoin is 21 million, we are nearing the end of the mining age. Also, with more and more people jumping into the practice to cash in before the bitcoin cap is reached, miners are ramping up their means of procuring bitcoin by expanding to GPUs.

This is partially due to the uncertainty of the currency once we reach the cap. Will we be able to transition bitcoin into real purchases, like groceries or home insurance? Or will it tank in value?

For those that are unfamiliar with the process of mining, I’ll give a brief explanation. Bitcoin is obviously not a physical currency, so when more bitcoin enters the system it isn’t “printed” like regular money. Instead, it is “mined” from blocks. More than one block makes up a blockchain. The process of mining a block includes finding a 64-digit code (either exactly or a value lesser than) which matches the transaction and is able to verify it.

More people are participating in mining as a way to get bitcoin and, as competition increases, it’s getting harder for miners to earn a profit. This is why many have turned to the use of an external GPU hoping that it will give them a leg up on the competition and increase their odds of mining a block first. If you are new to the mining game or experienced in the practice, learning what exactly a GPU is, and if it’s right for you, will help you be more informed as the bitcoin market changes.

What exactly is a GPU?

Computers are comprised of a CPU and a GPU. A CPU, or the Computer Processing Unit, works as the “boss” of the computer and is good at handling big tasks. The GPU, or Graphics Processing Unit, works to generate the graphics a computer needs. For example, if you want to watch a movie or play a video game on your computer, the CPU will tell the GPU that it needs to generate the images for it.

A GPU can run about 800 times faster than a CPU. It can do this because the tasks of a GPU are very repetitive and take little diversity. A CPU performs large tasks with multiple other parts. Miners are utilizing GPUs because mining is all guesswork. In order to guess the 64 digit number fastest, miners need a quick computing system, something that can perform the same task over and over again quickly. This makes the GPU perfect for mining. 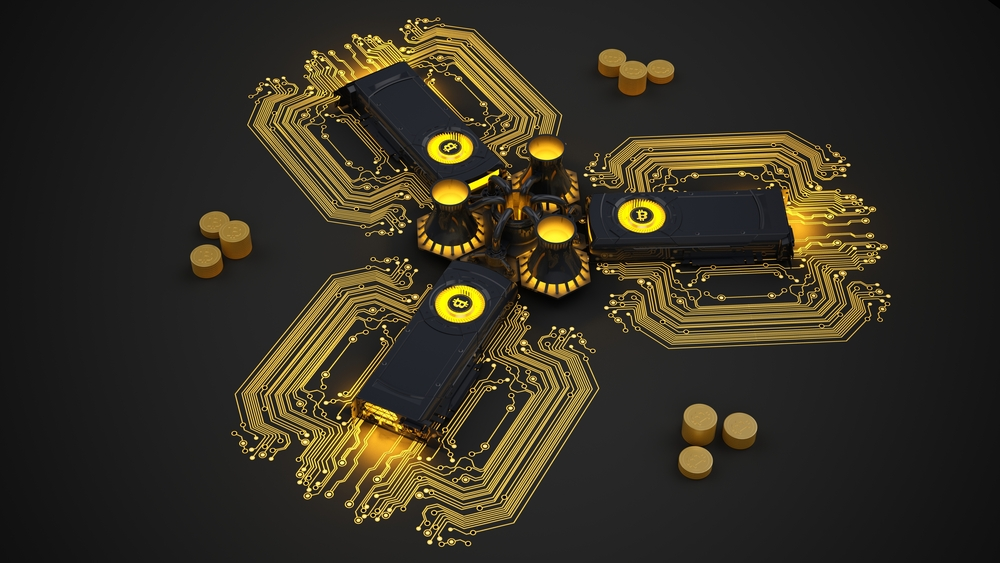 Should I purchase a GPU?

The prominence of GPUs for anything other than gaming is quite new and rocked the market. It was only 2 years ago that the real target audience for GPUs were intense gamers looking to enhance their experience. When miners now purchasing GPUs, demand skyrocketed and so did price. The demand was so high that it left manufacturers out of stock and miners facing two options–shelling out hundreds for one, or stick to their slow CPU.

The value of many cryptocurrencies, including bitcoin, has fallen in recent months. This has helped the price of GPUs normalize again. If you are looking to get into mining, the market price of a GPU may be at a reasonable cost for you to invest. However, if the craze of mining is just something your friend is trying to convince you to do, to get “rich fast” you’re better off using your CPU or joining a mining pool for a better chance of profiting off of this.

Must Read Why you should pay attention to aion

Mining Rigs being sold by the Kilo

The fall of the cryptocurrency market over the last couple of months has been something that has been heavily discussed...

Cryptocurrency traders know that there is a strong need to ensure that their cryptocurrency investments are secure and protected. Hence,...

BitTube, a Video streaming project, aims to be the next YouTube. But specifically for the cryptocurrency market. BitTube is a...

From Celebrity Partnerships to 4D Headphones: Launching VR Into the Mainstream with Ceek

MIT’s Open Learning branch recently held a symposium in which a panel of industry and faculty experts discussed the potential...

3 Most Common Bitcoin Storage Mistakes & How To Fix Them

A recent report suggests that almost 4 million Bitcoins have been lost due to silly mistakes that could have been...

Top 10 Most Influencers in Crypto New Investors Should Follow

According to Chainstack Report: Over 5,000 developers have contributed to the five client projects on Eth2 mainnet.