KICK ICO is here : World’s first 3-in-1 platform for ICO, crowdfunding and crowdinvesting

by Hitesh Malviya
in Cryptocurrency, ICO
0 0
0

The surge of interest in cryptocurrency and blockchain technology has opened the door to an influx of platforms where users can create, issue and invest in digital currencies. But it’s also increased fraudulent, unethical activity among project authors who disappear with backers’ funds, resulting in major financial losses for investors. In the world of ICO, speculation has been the name of the game. But as investors warily seek crypto opportunities that pose less risk, it’s creating fertile ground for savvy ideas to take root and thrive.

Enter KICKICO. Set against the backdrop of growing interest and new platforms, KICKICO is quickly moving to the foreground of the blockchain world. Its claim to fame? As the world’s first 3-in-1 platform for ICO, crowdfunding and crowdinvesting, it’s already transforming the present and future of blockchain—and it’s only completed pre-ICO. 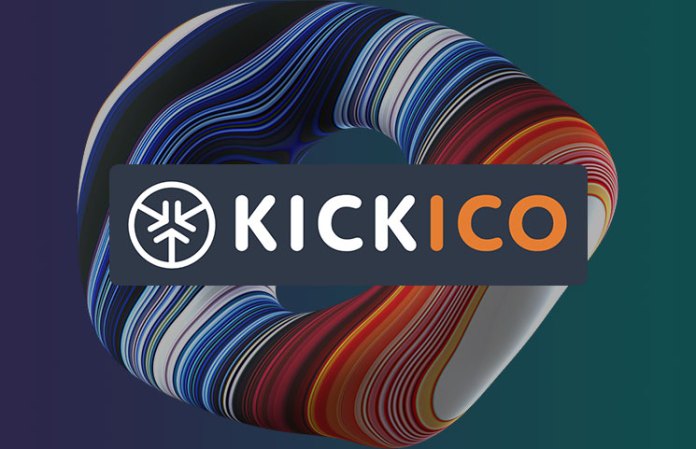 The Brains Behind KICKICO

The already thriving Russia-based startup is the brainchild of CEO Anti A. Danilevskiy. The blockchain expert recognised the need for a more secure platform and set out to create one that encapsulated the true values of the blockchain: transparency, decentralisation and verifiability. With a diverse team of dedicated technologists, marketers and scientists—and a group of well-connected, crypto-savvy advisors around the globe—the company has completed its successful pre-ICO with a bang. 5,000 ETH worth of bang, to be exact.

KickCoins and the Reserve Fund

Cryptocurrency investing is quickly making its way to the forefront as the future of investing, yet it still poses significant challenges for investors who must risk scams, fraud, lack of understanding, and overall weak protection of their investments. The combined challenges and potential for high rewards have made the speculative landscape both a goldmine and a landmine.

With BitCoin and Ethereum’s  values shooting up by 264% and 2300% in 2017, it’s the ideal time for innovative ICOs to enter the scene and transform the crypto world. KICKICO is the only platform that ensures a win-win scenario for both project backers and authors. By providing tokens that retain their value, regardless of the outcome of the project, all parties involved become winners in the rising KICKONOMY.

How does it work? For completed ICO campaigns, the platform collects a fee of 4% ETH and 4% of the project’s emitted tokens. Half of the fees maintain ongoing development, and the other half are put into the KICKONOMY reserve fund. Project authors receive between 4-8% returns in KickCoins that they can distribute to their backers, along with their own tokens. As the value of the tokens in the reserve fund increases, so will the value of the KickCoins they back.

For crowdfunding campaigns, KICKICO returns between 4% and 20% of the contribution value to investors in the form of KickCoins (KC). The payback amount is based on a project’s reputation, or “karma” score.

The portion of the fees that enter the reserve fund are owned by the community of investors who will also determine the exchange rates. As investors collect KickCoins from projects they support, they’re taking part in the momentous growth of the KICKONOMY and ensuring that their investment really does pay off, regardless of the project’s success.

As the only 3-in-1 platform for investors, crowdfunding and crowdinvesting, KICKICO has created a way to mitigate loss and create a safer, fraud-free opportunity to take part in the ICO craze. Their proprietary KickCoins are issued by Smart Contracts when an investor supports a campaign, ensuring that KICKICO never faces a market surplus of tokens.

Like many new platforms, KICKICO utilises Smart Contracts for added security for investors. However, unlike competing platforms, KICKICO’s sustainable reserve fund protects backers’ investments. Along with a campaign’s tokens, investors will also receive KickCoins in relation to the amount they invested, and these bonus tokens serve as a safety net in the event that a project fails. No matter what happens, investors have their KickCoins, which will always retain their value.

As the KICKONOMY kicks off and more projects on the platform begin to accept KickCoins from backers, the KICKONOMY will only continue to grow. With more than 260 project submissions ranging from education and fintech to more traditional businesses, they’re forecasting that by 2022, more than 4,100 projects will call KICKICO home, initiating faster GDP growth of the KICKONOMY.

Even though they’ve only completed pre-ICO, they’re off and running. Here’s what KICKICO has already achieved and where they’re headed in the next quarter.

During the ICO, KICKICO is offering investors a 33.3% discount on KickCoins with a potential 15x growth return over the next few years.

During Q4 of 2017, KICKICO will open the movement to the public. With a fully-launched, thriving platform, they’ll be fine-tuning the system with additional features and functionalities, such as the release of crypto-crowdfunding chatbot v1.0, integration with smart devices, a full Salesforce CRM integration, and the launch of their support program and crowdfunder community (and so much more). Their are also whispers of TEDx in the future for their most successful campaigns.

The ICO Bonuses and Benefits

During the ICO, early-stage investors can purchase KickCoin cryptocurrency at a 33% discount. Though they have a minimum ICO goal of 70,000 ETH, they’re still setting their sights on the big time and aiming to reach 200,000 ETH. With a strong projection for growth in the next 1-3 years, a comprehensive bonus system for early investors, and many companies, projects and ventures already joining the KICKONOMY, KICKICO is at the starting line, waiting to take off fast into the future.

Investors who get on board early can achieve immense value with discounted buy-ins during the ICO, and ongoing growth over the next few years, as the KICKONOMY continues to grow. As KickCoin values continue to go up, early stage investors could see their investments increase 15-30x over the next 3 years.

Should You Invest in KICKICO?

KICKICO’s fully-functioning, fraud-free platform is unlike anything the crypto world has seen before. With a first-of-its-kind reserve fund to secure backers’ investments, discounted buy-ins, and a bonus structure to help kick of the new KICKONOMY in a strong way, it has grabbed the attention of crypto-followers around the world.

KICKICO has already gained the attention of 721 backers around the globe during its pre-ICO who supported the movement for a more transparent, safe ecosystem for blockchain investing. Now, through the ICO, they’re intent on making crypto history.

Rolf Wolfert, a fintech and cryptocurrency expert, major player in key global financial initiatives, and advisor at KICKICO, said that Danilevskiy’s team is helping “deliver true value for investors but also especially the end client, the projects that need the crowdfunding to deliver their personal dreams. It’s not just about building businesses but about building products, services sustainability and making this a better world.”

And that is the name of the game.

Here is the link to participate in the KICKICO.