Months after Kik got on the cryptocurrency bandwagon with their native token KIN, the token sees a 20% hike in price.

KIN made a steady and seemingly deliberate rise to $0.000214 from its previous value of  $0.000177. The climb started around 6 pm UTC. KIN went up by about 10 places in market capitalization because of the same. 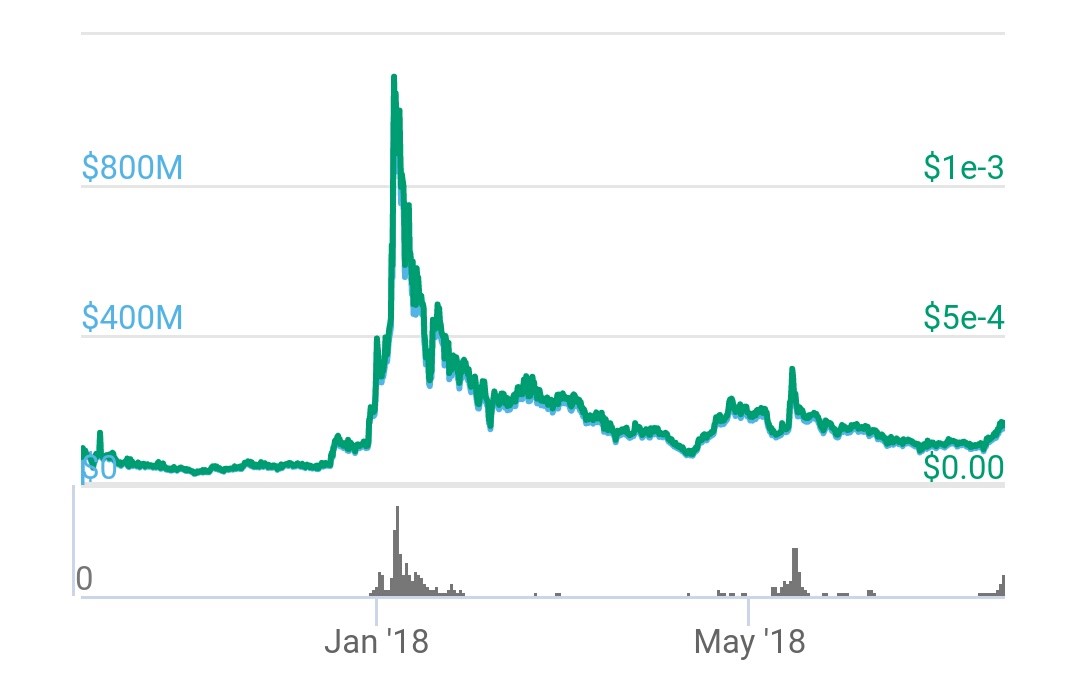 When it comes to KIN the market pattern seems to be repeating itself. The token saw a rise in valuation in February followed by a massive dip in the subsequent months.

Although it is keeping up with its old patterns, the hike comes only a day after Kik released the beta version of its app; Kinit.

Kinit is Kik’s new storage application and wallet that allows users to buy, store and trade their native currency KIN.

The description that came from Kinit’s mother company Kik shed some more light on their application by releasing the following statement;

“Kinit is a fun, easy way to earn Kin, a new cryptocurrency made for your digital life. Earning Kin is just like playing a game, only better, because you get rewarded for completing fun daily activities like surveys, quizzes, interactive videos and more.”

Kinit, like many other projects right now, allows users to win their currency by interacting with a bunch of advertisements. This method of connecting publisher, company and consumer is a very common idea, having left behind older advertising techniques.

The wallet was released in the late hours of Thursday on the IOS store and it’s android contemporaries.

Is this a trend we are gearing up for, following the release of their new application or is the token waiting to fall once more? Let us know in the comments section below.

There are few aspects of our lives which now involve a smartphone. Payment, in particular, is one which has been...

INX is the first company to execute a SEC registered security IPO on the blockchain. The funds raised will be...

Security Token Offerings (STOs): The Next Big Trend in Crypto Market. A security token represents an investment contract into an...