P2P Platforms like Skrilla are Changing The Gaming Industry

Skrilla is a functional Esports platform where you can engage in daily fantasy and Esports competition, betting, and social interactions in a completely decentralized blockchain ecosystem. They’re conducting an ICO now.

Check out their industry and product in detail:

Blockchain technology is causing massive disruptions across a wide range of industries, markets, and economies. Bitcoin is probably the most popular application of Blockchain technology – the cryptocurrency has the potential to alter the course of history. Bitcoin is essentially decentralized money that takes fiscal authority from the hands of governments by replacing fiat currency with peer-to-peer money whose value is influenced by the fundamental factors of demand and supply.

Skrilla wants to use Blockchain to disrupt the gaming industry

Current betting platforms are currently centralized in nature, you essentially bet against the house, but the inherent lack of transparency makes it incredibly hard to know if the betting odds are fair. On Skrilla, esport enthusiasts will get a chance to be part of a betting exchange, head-to-head competitions, and betting pools. The decentralized nature of Blockchain adds transparency to the betting process by creating immutable transaction documents on wagers. A blockchain ledger of wagers, positions, and game outcomes also improves audibility by making records tamper-proof.

The idea of creating a blockchain based Esports platform is fundamentally innovative and incredibly practical. To begin with, a blockchain-based Esports platform has the potential to be a truly global platform because the peer-to-peer nature of Blockchain eliminates the barriers that lock some potential players out of the market. More so, adopting blockchain technology in the gaming industry also removes intermediaries from the gaming process since gamers and spectators can place peer-to-peer bets. The elimination of intermediaries, in turn, reduces fees, helps gamers to cut costs, and it increases the price pool on payouts.

Secondly, Skrilla has leveraged Blockchain technology to create a gaming cryptocurrency known as the SKR token. SKR is ERC20 token built on the Ethereum Blockchain. It will be used for placing bets, getting payouts, and getting other member benefits. SKR also creates a global currency pool that further expands the total addressable market for Esport stakeholders.

Stakeholders in the Esports industry, gamers, developers, and creators of ancillary gaming services would love the fact that there’s an opportunity to get a first-mover advantage into the ownership of SKR tokens. Skrilla will start the token sale for SKR soonest and no further SKR tokens will be mined once the total token supply has been reached.

The potential for an uptrend has already been built into the token sale of SKR such that inherent value of the SKR token goes up as the token sale continues. As more and more people start to pay attention to the disruptive power of blockchain in the gaming industry, you can reasonably expect an increase in the demand of SKR tokens. Since, Skrilla is the leading blockchain solution for the gaming industry, an increase in the demand for SKR without a corresponding increase in its supply will only cause the value of SKR to increase.

Impressive growth on the horizon for Esports

The global gaming industry is growing impressively fast even though the industry is still in its formative years. Virtual gaming, online gaming, and Esports are steadily growing in popularity because of on increased accessibility to the internet globally. 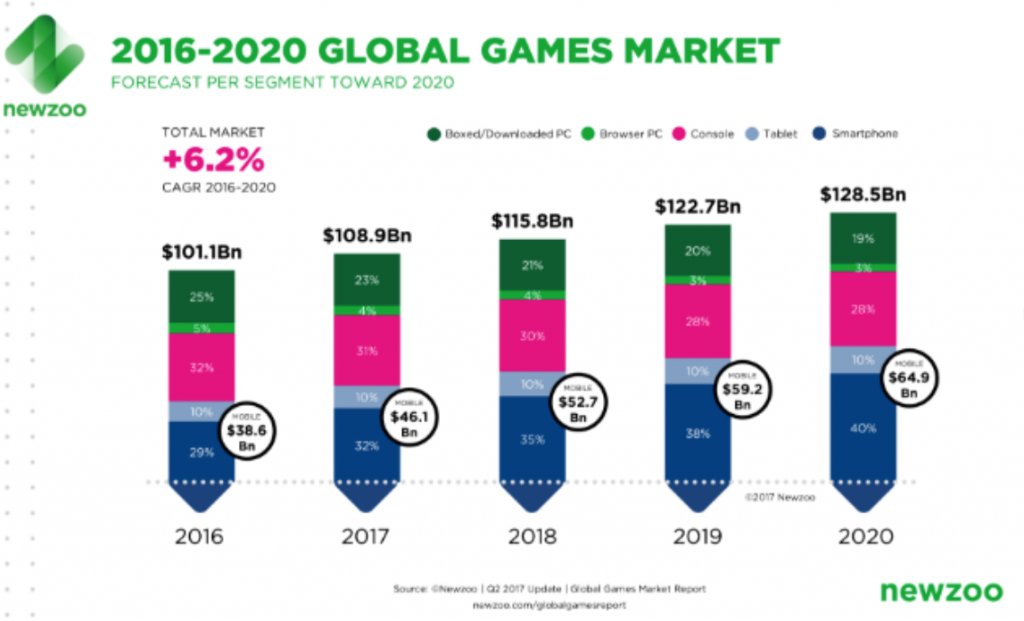 The global gaming industry is still in infancy but blockchain technology is shaping up to be a massive growth driver in the industry. From the DOTA 2 competitions that millions of dollars to winners, to Call of Duty where prize pools run into the millions, eSports is gradually gaining prominence and there’s very little that the traditional sports industry can do to stop the trend.

In this educational post we will discuss how to find an altcoin bottom and uptrend.  Highs and lows are nothing...