Start Blogging on Steemit – A Blockchain Based Social Network

by Hitesh Malviya
in Startups
0 0
0 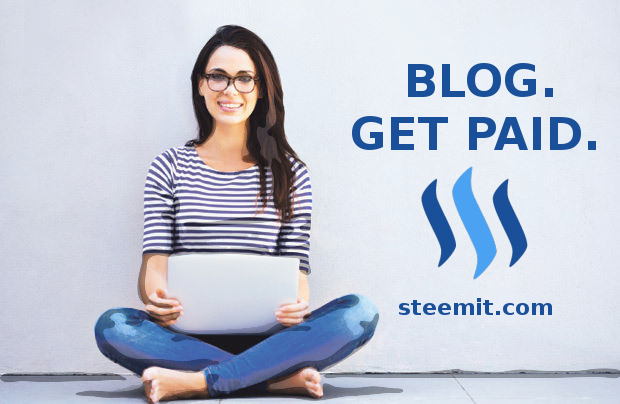 Steemit is a blockchain-based social news platform. It is a pleasing amalgamation of a blogging site, a social networking platform and cryptocurrencies, the steem. This innovated idea was crafted by Ned Scott and Dan Larimer in 2016.

The members of Steemit can upvote posts if they like it or comment their views in the comment sections. The process of submission, upvote and commenting, in order to popularize content, is collectively termed as curating. Everyone involved in this process is paid in terms of steem, steem power and steem dollars.

Steem is Steemit’s cryptocurrency that resembles a blockchain in almost all terms except that it follows a different protocol to attain solidarity to reduce the time between two blocks (to less than 3 seconds).  The consensus method presently in practice is ‘delegated proof of stake’ in which witnesses (block creators) are elected unanimously by the stakeholders of the currency. Though, Equihash algorithm is used to enter a queue and proof of work (as that in mining) is used to create blocks, as back-up plans. Block producers are also minor shareholders of the rewards created in each block; majority is paid to authors and curators.

Steem, when started, had an inflatory rate that doubled up every year. However, this has now been reduced to 9.5% per annum with an annual reduction of 0.5%

Steem power is the measure of influence, in terms of Steem, a member has with respect to the rest of the members in the community. Thereby, it is regarded as ‘influence token’.  The token can’t be traded directly but can be ‘powered down’ by converting it into Steem and distributed into 13 weekly payments.  Conversely, Steem can be used to accumulate Steem Power, which can be used to create an account. This is called ‘powering up’.

Also, greater the amount of Steem Power a person has, greater is the influence of his/her upvote on a post.

Steem dollars are pegged to the US Dollar such that they can be exchanged at cryptocurrency exchanges or used to purchase goods and services.

An exchange centre, internally managed by the Steemit website, works to convert Steem to Steem Dollar and vice versa.  Steem dollars, if held, receive an interest (currently 9% p.a.). the interest rate varies as per the consumption-production relation in the market.

The rewards received by Curators may be in the following terms:

Granted when an author posts.

Granted on being the first person to upvote a popular content.

Granted when you stay committed to Steemit for considerable time duration.

Provide stability to the members.

More than a million Steemit accounts have been registered. After fabrication of a free public beta at an initial stage, the hard fork on July 4, 2016 saw $1,300,000 of Steem and Steem Dollars paid out to Steemit users.

The exchange rates of Steem rose undisputedly on June-July 2016 and peaked at 4 USD.

In July, Steem had the third largest market capitalization, among all other cryptocurrencies (monitored by the website Coinmarketcap.com).

Steem has been addressed as ‘a disruptive blockchain-based media community’ by Investopedia.

KYC ON THE BLOCKCHAIN

Lisk plans to launch a modular cryptocurrency which it says would satisfy the growing interest to use the blockchain as a...