by Hitesh Malviya
in Cryptocurrency, General
0 0
1

Segwit2x got cancelled, and things are finally going well for altcoins market. Alts are growing since the announcement is made, and expect it to grow at least for a week. With that, here’s a quick recommendation – GRS. 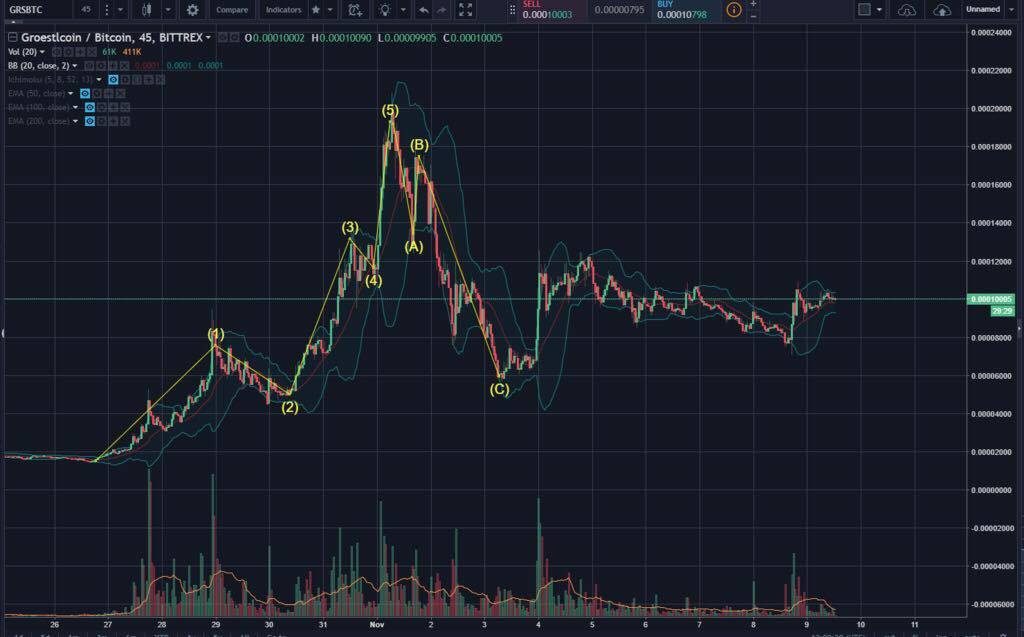 “Note the Elliot wave here. The last Elliot wave cycle has ended and a new one has begun.”

Market sentiment for GRS is overall bullish due to the cancellation of BTC hard fork. The chart looks bullish with the bull flag. If it breaks above the bull flag we can see the 13k satoshi price level tested again and perhaps even a start a new Elliot wave cycle that will lead to a retest of the ATH.