How a Twitter goof up costed Waltonchain a few million dollars

A massive twitter mess up by the internet-of-things blockchain project Waltonchain today lead to the removal of tens of millions of dollars from the market cap of its associated Walton coin.

For the purpose of raising global awareness about their platform, team Waltonchain on the 8th of February posted a contest. The terms for participation were pretty simple; you had to follow their twitter account (@Waltonchain), retweet a specific tweet, drop a #WaltonchainLove in your comments and tag somebody. The 214 winners were chosen by a random script and won a pot of 564.96 WTC that was to be divided equally amongst the winners.

One of the 214 winners, was someone from the Waltonchain team itself. And when this person tweeted the list of winners, he or she forgot to switch back to their personal twitter account before posting this: 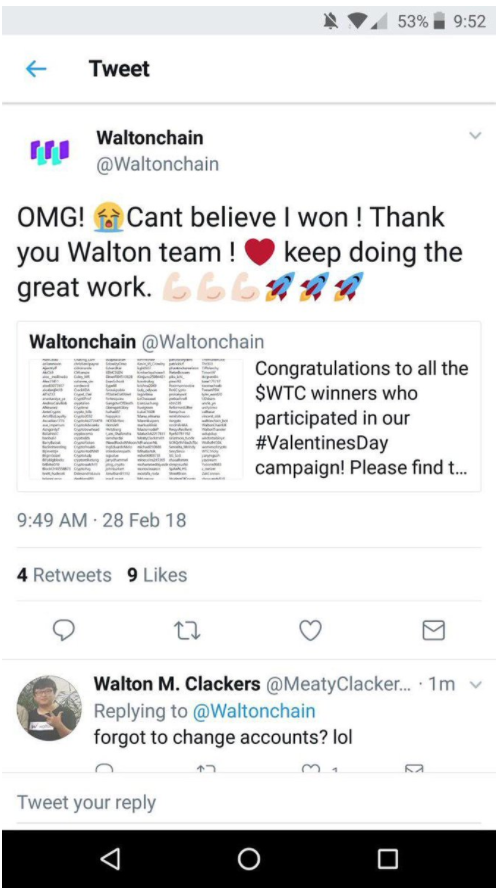 Although this tweet was deleted minutes later, it was too late. Multiple screenshots had already been taken. And the people who participated were out for blood.

People called it a fraud, shamed and also cut off tens of millions of dollars off their market cap. The graph of Walton coin slumped drastically and looked something like this: 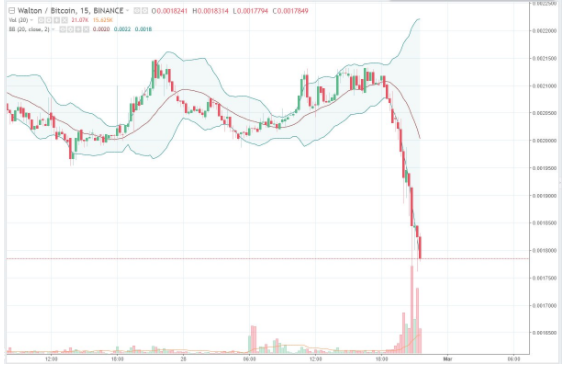 The Twitterati, true to form took Waltonchain and all its team members to the cleaners for this huge blunder. However, subsequently, team Waltonchain made an official statement from their twitter handle that read something like this: 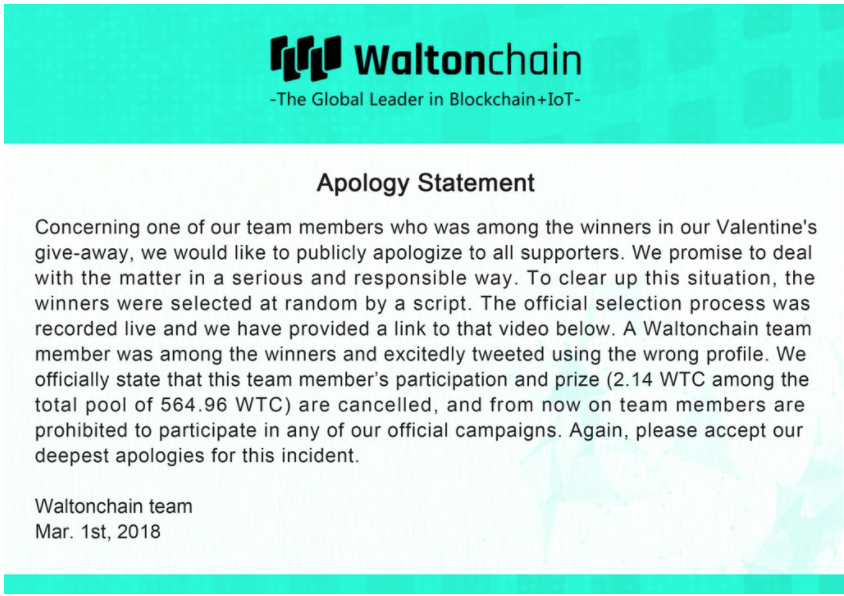 Thankful for them, Twitter does not run on the blockchain and screenshots can be deleted. And a lot of investors did support them in the comment section claiming that they used the slump to their advantage and bought more WTCs. But this round, however, goes to the twitterati.

Privacy and regulatory restrictions for the trading of certain assets have been a hindrance for crypto enthusiasts for long. The...

The sentiments around Bitcoin are currently euphoric as the digital investment asset broke above significant resistance levels. In the...