by Zach Hirsch
in Blockchain
0 0
0

With the convergence of AI, AR, VR, and blockchain now making alternative realities possible with web3, it’s a cool time to be an innovator. The Creator Economy is coming but we can’t forget it won’t work without decentralization.

I blame the majority of the crypto collapse on very centralized points in what’s supposed to be a decentralized system. Control by a few allows scams and frauds to happen, making the average person lose confidence. The answer is not to give up. It’s to go back to the principles that attracted everyone to blockchain and crypto in the first place.

Growing up my parents would take me to Barnes & Noble. My dad loved to read and would encourage me to pick out my own books. Our trips were short but we’d leave with what seemed like a small library. My mom would take me as well. She always loved magazines and shopping. I enjoyed the trips with my mom even more because I could roam the store for hours and pick out anything I wanted. She’d stay for a coffee and I’d read my book while she read her magazines. It was a great experience.

I remember hearing in middle school how the bookstore chain “Borders” had gone under and how everyone including my father said Barnes & Noble would be run out of business too.

One of my most painful experiences as a huge Dallas Cowboys fan was watching our bitter rivals the Philadelphia Eagles defeat my Aunt Netti’s favorite team, the New England Patriots. What made it even worse is one of my best friends Tucker is an Eagles fan. He’s a real Philly guy!

I always dreamed of my Cowboys doing exactly that. I didn’t necessarily think the Eagles were man-for-man better than our Cowboys teams, but coach Doug Pederson assembled a great staff, got all of the players to buy in, and made all of the right calls to win the Super Bowl.

The Dallas Cowboys haven’t been to the Conference Championship game in twenty-seven years. After coach Jimmy Johnson and his staff left, all authority was assumed by the sometimes brilliant and benevolent team owner, General Manager, and dictator Jerry Jones. As smart and experienced as Jones is, all decisions seemingly having to be made by one central authority have doomed the talented Cowboys to go from being America’s team, to the best team year after year to not even be in the big games.

To many, it seemed that Barnes & Noble was destined to go bust and that coach Doug Pederson would be remembered as a one-hit wonder after his stint with the Philadelphia Eagles ended.

As one of my favorite sports commentators Lee Corso says “not so fast!’ Yes, Amazon was cheaper and more convenient and most Gen Z-ers don’t even read physical books. Just like the Jacksonville Jaguars who were down twenty-seven to nothing less than twenty-five minutes into the game, Barnes & Noble made adjustments, called up a few audibles, and figured out a way to win.

Middle School, High School and the first couple years of college are behind me and Barnes and Noble is still in business. Not only that they’re expanding and even buying up locations that Amazon used to own. As the crypto market emerges from 2022, I think web3 like the Jags this weekend can be a big winner if we take a few lessons from the playbook of Barnes & Noble. The old school bookstore understood something some of the industry seems to have forgotten blockchain was supposed to be about decentralization.

The recent B&H comeback began in 2019 they hired a new CEO, James Daunt who had a history of success, similar to the Jaguars hiring Super Bowl-winning Head Coach Doug Pederson. They both knew to be successful they had to decentralize authority. Pederson worked with the team’s general manager, Trent Baalke, and entrusted responsibilities to a large group of coordinators, position coaches, assistants, and ultimately the players themselves. He inspired them but didn’t try to control every aspect of the game.

Daunt made an important though at the time controversial decision to take the power away from the corporate office, and empower the individual store managers to determine the choice of books, the arrangement of the stores, and other things like events and special programs. His view was that they knew the local tastes and trends, and the central office didn’t.

This wasn’t as easy as it sounds. Daunt had to disrupt the cozy relationship a lot of publishers had with the top management at B&H. Previously, publishing companies could pay to have certain books and authors featured, and this had to stop. The B&H corporate office shed a lot of layers of management, and the publishing companies had no one to quitely collaborate with anymore.

Pederson took over a team last year that invested a whole lot of money and its future in the seemingly omnipotent coach, Urban Meyer. Meyer had achieved success at the college level by being a control freak, centralizing all authority below him, and building every aspect of the program in his image. This didn’t work in the NFL, when Coach Meyer’s image fell apart so did the organization. Coach Pederson who had experienced actual NFL success, didn’t seek to be a dictator but rather a facilitator and knew that just as decentralization is key to blockchain success that there is no I in the word T-E-A-M.

Decentralization has proven to be successful for B&H. Not only because they are leaner, and growing again but they have also become an empowered team.

The store managers and staff are happy because they have the power to make a positive difference. Customers are discovering more books they want to buy fueling the comeback of Barnes & Noble

Where Have Things Gone Wrong in Crypto and Blockchain Projects?

The one common theme I see running through the blowups and frauds is centralization. Whether it’s Celsius, Terra Luna, or some so-called “DAOs” that failed – all of them were doing the opposite of the B&H & Jaguars strategy.

A small centralized group was really controlling everything and ultimately things got out of control. I can’t in my wildest imagination think of a more cringe-inducing use of centralization than the situation at FTX, where a small group of friends who were literally living, sleeping and drugging together in a Bahamas penthouse were making all the decisions that ultimately affected millions of people in the market and billions of dollars. SBF like coach Meyer made a point of espousing his virtues and building a brand around his image and just like Meyer as soon as Bankman-Fried’s image started to take a well-deserved hit the season of FTX was over.

We’ve come to focus, I think, way too much on the cult of personality of central figures and trusting that the magic of technology, Decentralized protocols, smart contracts and crypto itself will right all wrongs. Decentralization of an old-school bookseller, the structure of an NFL team, and certainly control of any blockchain organization are still needed for real long-term success in today’s world.

Decentralization by tech alone – has its limits. Web3 and the Creator Economy have always been a combination of technology and culture. We need a decentralized mindset, not just a distributed ledger.

Putting It Into Practice

I founded Mozverse with my partner Danny Mozlin, so we could help people build in the new Creator Economy and democratize web3. We help bridge the gap – in tools and talent – that sits between today and the new tomorrow.

As we see new companies and new virtual worlds take shape, I’d urge the founders and builders to take good care of the culture of their new creations from day one. This means:

If we combine the leadership lessons of James Daunt and Doug Pederson and the amazing advances we’re seeing in tech, I’m confident that web3 and the Creator Economy will fulfill their potential, leading my generation and future generations into an amazing new age of success. But it won’t just happen. We have to make it happen.

Zach Hirsch is a Gen Z Thought Leader. He is the Co-founder of Mozverse an award winning Web3 technology company. Zach is also a renowned sports analyst, influencer and podcaster. He Co-hosts The Kiss and The Myst show with legendary rapper Jadakiss on Worldstar HipHop and Co-hosts The Fight Guys Podcast with UFC Hall of Famer, Suga Rashad Evans. 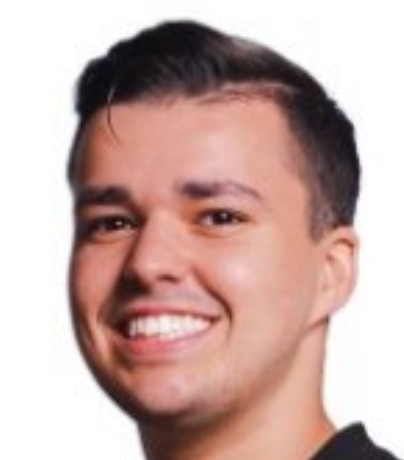 Zach Hirsch is a Gen Z Thought Leader. He is the Co-founder of Mozverse an award winning Web3 technology company. Zach is also a renowned sports analyst, influencer and podcaster. He Co-hosts The Kiss and The Myst show with legendary rapper Jadakiss on Worldstar HipHop and Co-hosts The Fight Guys Podcast with UFC Hall of Famer, Suga Rashad Evans.