by Hitesh Malviya
in Altcoin, Cryptocurrency
0 0
3

Disclaimer – This is not the official IBC list for October. In lieu of the contest, we will be launching our list on 11th October.

The second shortlisted entry for our IBC prediction contest comes from Colin Jorgensen from the USA. Go through it let us know what you think –

It’s been an interesting month in the cryptosphere and many of my own predictions for the month turned to complete shit, but nonetheless, I’m still under the impression October has a lot going for it and will be interested to see how these 5 alts turn up over the month.

FunFair is one of the few altcoins that has a current case-use in play – with real applications or at least a real product on the horizon.

Sentiments:  There have been rumours that there will be a burn-off of existing tokens, possibly dropping circulating tokens and increasing market scarcity. 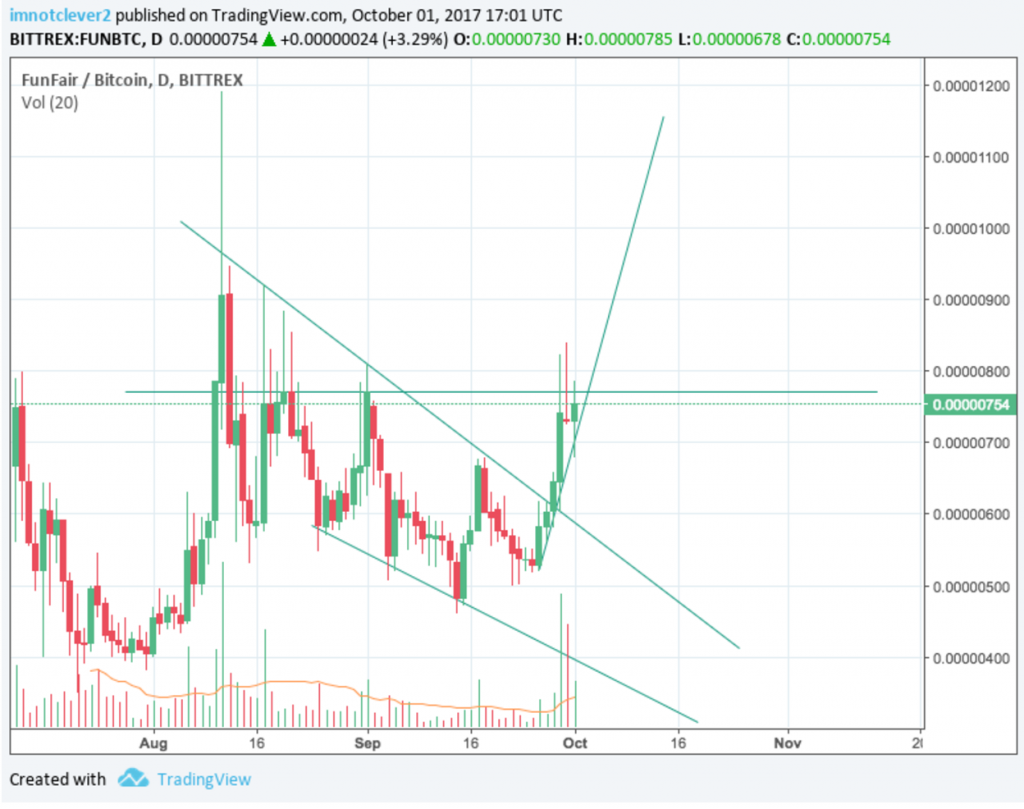 BAT has already had a rather impressive month despite the general consolidation and down trend of BTC and ETH through the month of September.  However, I think there’s still a fair room for growth on the horizon with new upcoming developments from the team.

Sentiment:  BAT will be integrated into the Brave browser as early as the first week of October and may see a nice breakthrough of existing resistance seen previously in both mid-August and mid-September. 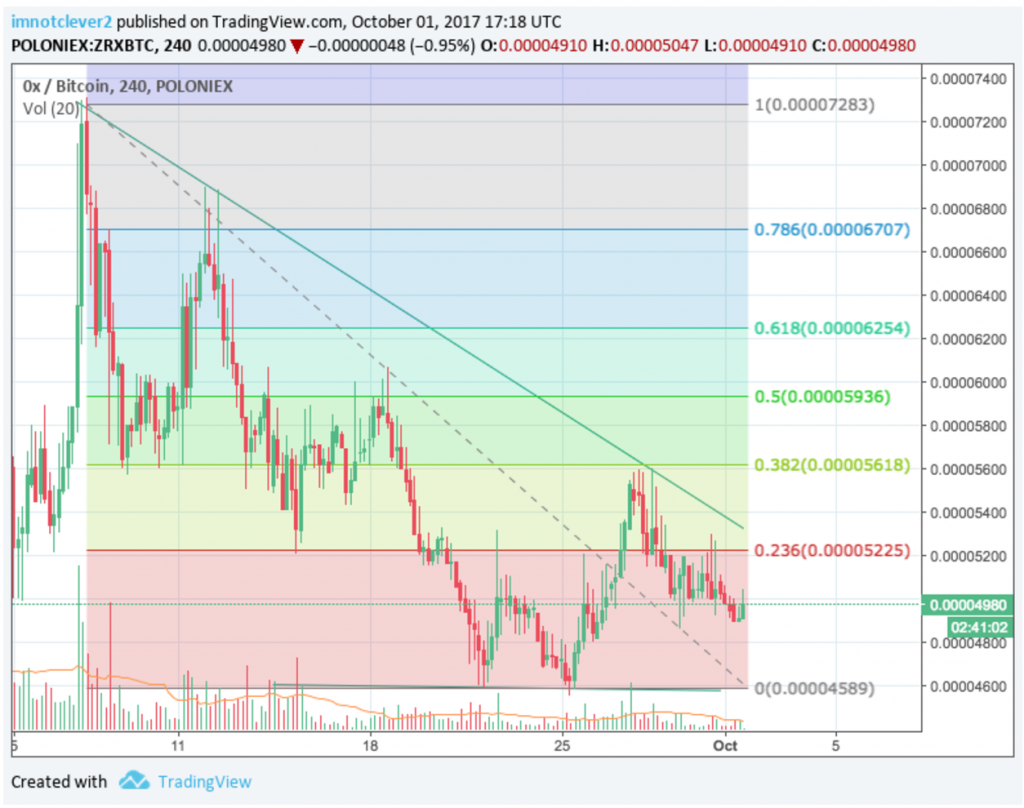 September has had no shortage of anxiety with the Chinese government cracking down on ICO policy as well as the shut-down of exchanges.  Major sentiment has been putting decentralized exchanges on the forefront of hype, and ZRX is poised to have some major upside in the coming months.

Sentiment:  ZRX has appeared to hit bottom twice in September establishing what would appear to be a base layer of support, and currently its price is operating near this level.  Additionally, advancements in RadarRelay and Ethfinex, both using the 0x protocol will likely be announced this month. 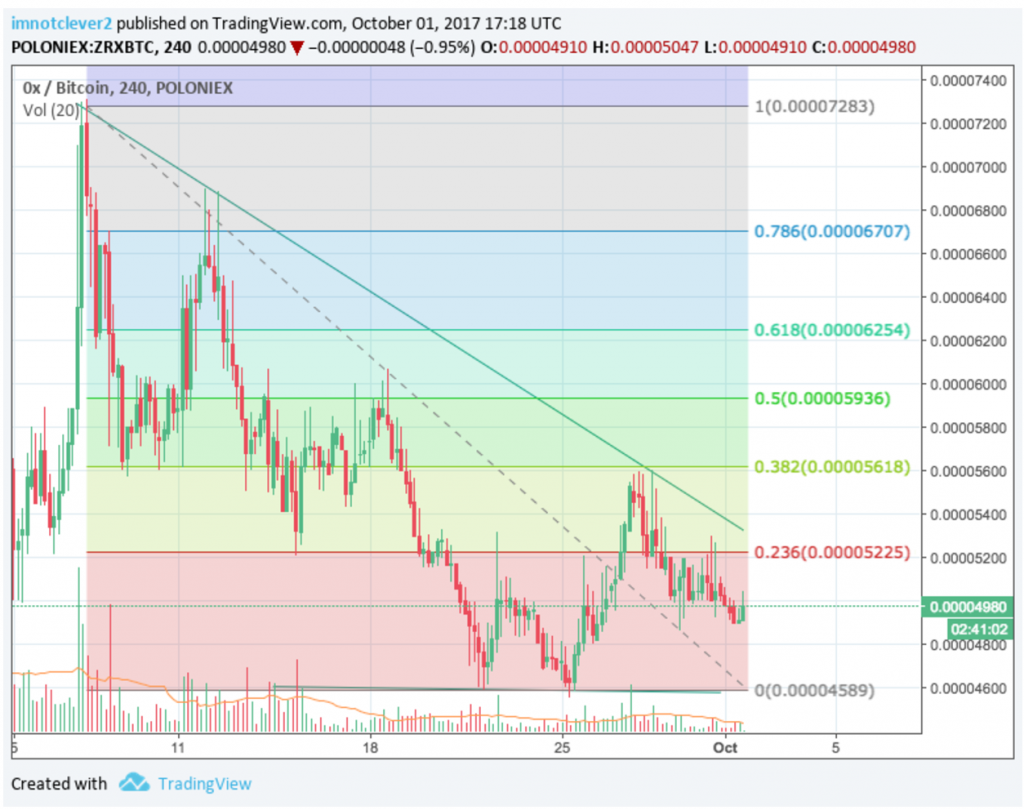 Kyber network is another option for decentralized exchange, but this coin comes with the direct backing and advising of Vitalik Buterin, founder of Ethereum.  It had a meteoric ICO in the month of September, with a remarkable price increase and subsequent drop when it went live on exchanges shortly after trading began.

Sentiment: KNC took a hit with initial profit-taking after the ICO, but given it’s one of two projects personally backed by VB, it’s likely to be successful by association alone.  And if it’s anything like the success of VB’s other advising project – OMG – it will have strong growth throughout the rest of 2017.

Link promises to tie smart contract technology on the blockchain to 3rd party companies and organizations.  While it had a rough ICO, it’s poised to make major advancements in market cap and could see a decent return on investment in the coming months.

In this educational post we will discuss how to find an altcoin bottom and uptrend.  Highs and lows are nothing...