Holo is a relatively new entry into the cryptocurrency market and the blockchain industry’s peer-to-peer network project pool. The company’s end aim is to make the internet more human, by first decentralising it and then making it a peer-to-peer network.

To know more about what Holochain does read; What is Holochain?

Holo and its team recently got a testimonial from the co-founder of Netflix and the CFO of Mozilla about how he thinks that Holo is speaking Mozilla’s language and how they could possibly work on a partnership. Post this video, the price of the inhouse token Holo shot up. 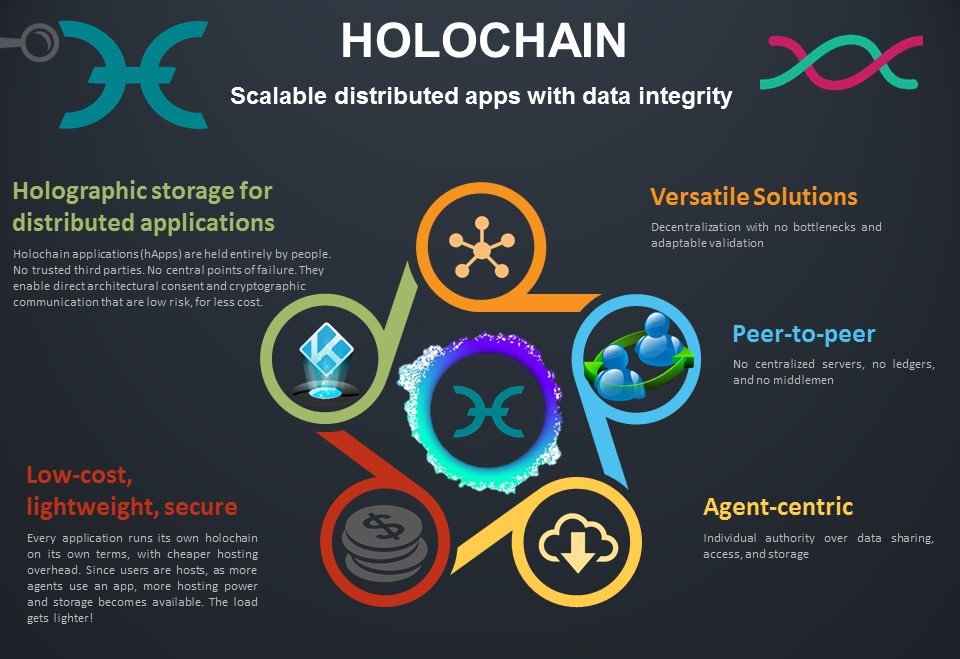 The Holo ecosystem is also an incubatory platform that is similar to Ethereum. It gives decentralised application developers a protocol and an ecosystem for their applications. As is the case with all incubatory platforms in the blockchain industry right now, some amazing projects are being built on them. These projects are headquartered all over the world and are truly on the forefront of the cutting edge technology that the blockchain is.

Here is a list of the top 8 projects on the Holo ecosystem.

Sacred Capital is working on a reputation porting method. The aim of Sacred Capital is to be the backbone or the fabric that connects all networks on the internet. By being one, it will help its users post reviews, comments and articles and keep all their accounts on all social media up to date.

Sacred Capital is a Singaporean startup and is currently doing a world outreach program to further their aim and rope in people who are interested in their cause.

Junto is a blockchain startup that is based out of Brooklyn, New York. Junto is a non-profit social media network organisation. The idea behind Junto is to take away all the pretentiousness that is prevalent in social media right now and make it more real.

While wanting to be more of a real and authentic way of connecting people, Junto also wants to eradicate censorship, advertising and data storage. It is set to launch in the winter of 2018 and is branding itself as a new breed of social media.

Core.Network is an internet silhouette integration startup. It essentially acts as a dashboard from which users can access and use all their social media accounts from. By doing this integration the user is returned the control of their data, their media and retain rights to all their content. There is also a way for users to choose to make money with the things that they choose to share from their accounts.

One big problem that the food and produce industry faces is the middlemen. They buy goods at a low rate, sell high and in the bargain, the producer gets a very, very small margin of the profit that the middleman makes. Producer’s Market is bypassing the middleman by creating a decentralised marketplace that connects the producer and the buyer directly.

Producer’s Market is an American startup. Currently, they have three offices and they are in the USA, Mexico, and Panama.

JustOne Organics is a dehydrated food producer. Their aim is to make sure that the seconds of the farmer has a buyer and makes sure that the produce is preserved until then. They are building an online marketplace for farmers to sell their secondary produce.

The world is slowly losing trust in government-run systems and the legal sphere is something that the government holds a strong monopoly over. To challenge this monopoly, Ulex is building an open-source legal system. Ulex gives access to years worth of court wisdom to everybody.

Ulex is a competitive alternative to government legal structures and is based out of Pal Alto, USA.

Holo-Health is a person-centric healthcare management system. It is essentially a health record management system that assures privacy and protection to the patient. The product is built on Holochain’s ecosystem and is an open source project.

Comet is the decentralised social network that is planning to take on Reddit. It is working off all the disadvantages and problems that Reddit faces like fake users, bots and a whole load of scams. Though Reddit has rules against these, the enforcement is a little lackadaisical.

GazeTV announces today the launch of its Phase 2, dubbed “Gazer-lization”, a new phase of the GazeTV project emphasizing peer-to-peer...

The last month was decisive for the entire crypto market, there was a lot of fear among the investors because...